That theory is worthless.  It isn’t even wrong.
- Wolfgang Pauli 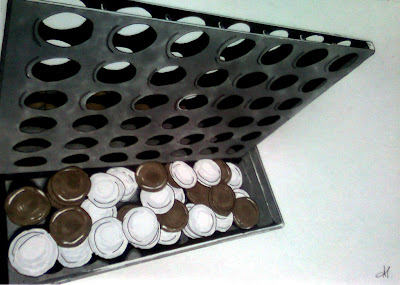 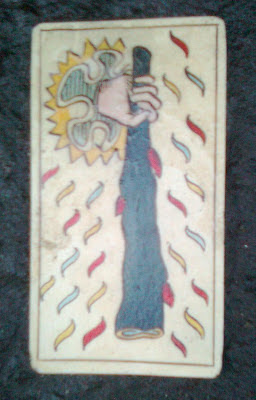 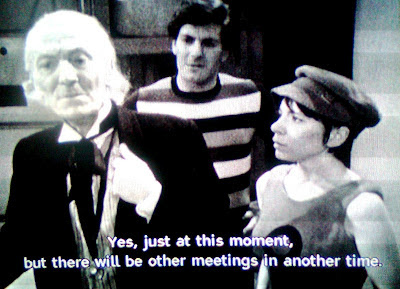 Him:  There won’t.
Me:  That’s where the Fenric idea comes from.  As an aside: some wag altered the IMDb page for The Wedding of River Song in the weeks before it was aired.  He adjusted it so that Mark Gatiss was listed as playing Fenric, which made a kind of sense, I guess.  A small part of the internet melted as a result.
Him:  I’m not so good with the whole theory thing.
Me:  I wouldn’t worry.  All these theories are a Whizzo Assorted Selection Box of Foetid Dingo Kidneys, really – especially mine.  They’re just for fun, so don’t call in.
Talking of Whizzo Assorted Selections, Dodo’s found some sweets.  Yaroo!
Me:  Remember them?
Him:  No.
The Doctor:  AAAAARRRGH!
NEXT: A HOLIDAY FOR THE DOCTOR
Me:  There’s a pun.
Him:  I don’t recall the Doctor dying at the start of The Gunfighters.
Me:  He didn’t, but he did need a dentist.
Him:  Ok.
Me:  And that dentist turns out to be Doc Holliday.  Hence, A Holiday for the Doctor.  Even if it’s spelt wrong.
Him:  That hurts.
Me:  It’s not as bad as toothache. 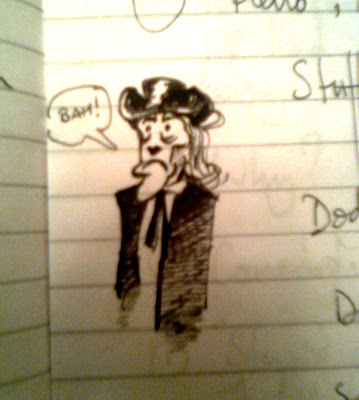