Epipod Two: The Pantomime Horse is a Double Agent 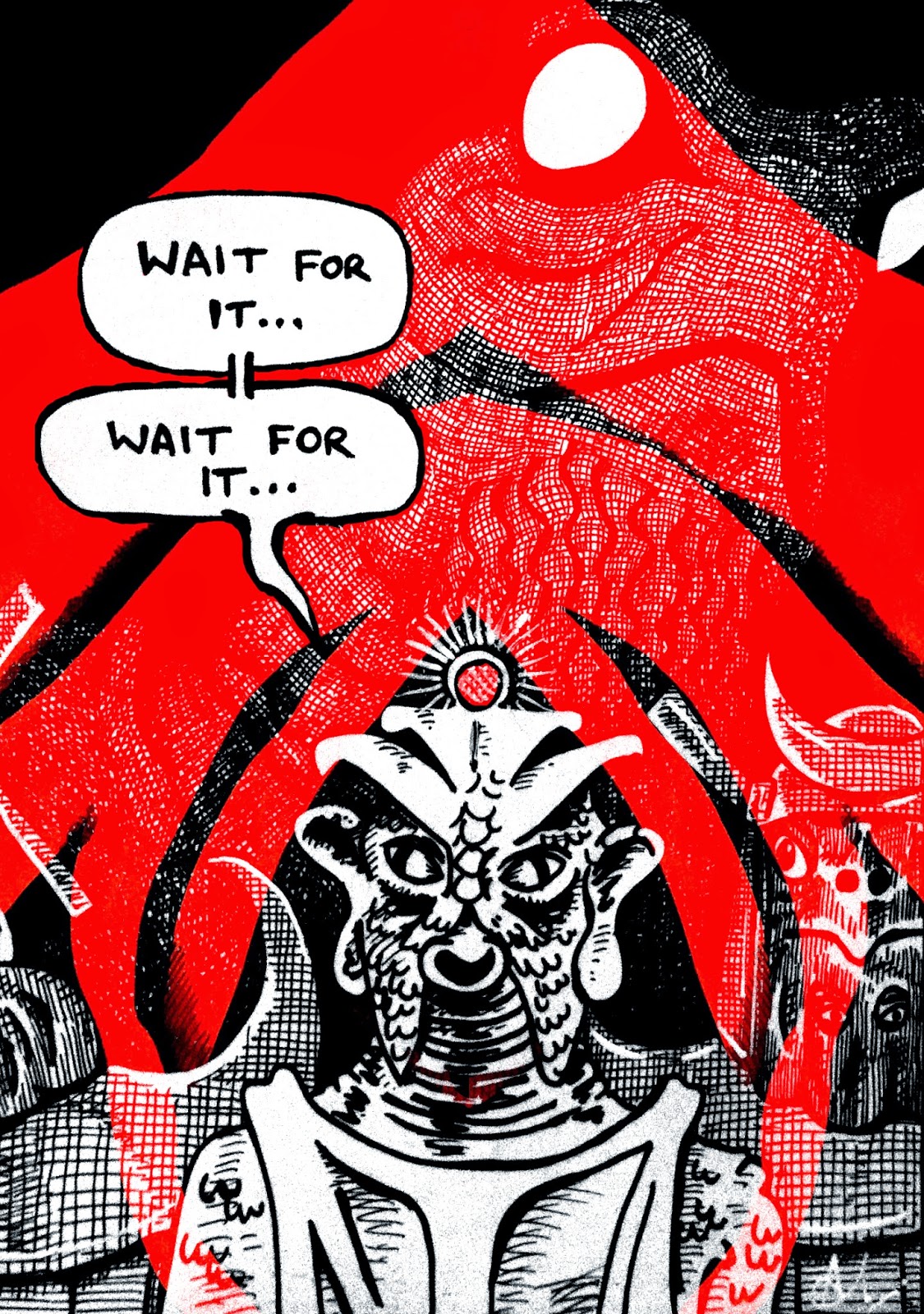 Two ideas are always needed: one to kill the other.
- Georges Braque

Me:  Would you like to introduce this commentingary then?

Him:  Yes.  Because, as I said last time, they’ll know what it is if they listen to it.  And this one’s better with no introduction.

Me:  Okay then.  Brace yourself, lady and gentleman.1

NO COMPLICATIONS ODDCAST EPIPOD TWO:
THE PANTOMIME HORSE IS A DOUBLE AGENT

And if I have to explain then you’ll never understand.
- Wayne Hussey

Me:  So, that’s ten years of the new Doctor Who.  Does it feel like it?

Him:  How many blogposts are you planning to do today?

Me:  Well, we’re not going to be able to do one on the day itself so…

Him:  To be honest, you’ll probably have more fun talking about this than I will because I don’t remember it that much.

Me:  What do you remember?

Him:  Um…  Nothing that’d really be fun talking about.

Me:  And Rose isn’t one of the handful of Doctor Who episodes we’ve watched going out live.1

Me:  Do you remember what the first one was?

Me:  I guess I should probably write my own memories down or something.3

Him:  'Run your enemies down'?

Him:  It’s what me and everybody else in the world heard.  What did your enemies ever do to you?

At this point, the sea badger makes its long-anticipated return.

Him:  Erm…  What are your thoughts?

Me:  They’ll be at the bottom.

Him:  Shouldn’t you give some of them here?

Me:  Talk about walking around Cardiff, trying to watch some of the filming, even though I’d been walking past it for the best of a year without realising? That sort of thing?

Me:  Could do.  One of my pieces in the first You and Who: Contact Has Been Made is about exactly that.

Him:  Is this your chance to advertise that?

Him:  I wouldn’t quite say that.

Him:  It’s one of these things that, if you don’t get it, there’s no point in me explaining.

Me:  Hmmm…  That gives me an idea for the opening quote for this post.

Him:  Well, you’d better get on that then.

Me:  Half of our readers’ll get that.

Him:  Well, faster for you.

Me:  Time flies when you’re having fun.

Him:  Or if you’re using the decimal system.

Him:  But a banana’s a vegetable.

Him:  And that should be the end of this post, if you ask me.

Me:  Many happy returns, Doctor Who.  Have a good un.

Me:  And on that bombshell.

Him:  Can you just end this?

1.  On the subject of watching live TV: I quit eating meat at about the same time.
I was rattling up and down a country, mostly on trains.  I'd watch the smoke from burning animal heaps churn upwards to dilute an already insipid sun.  Every journey was under an eclipse.
With TV, it was partly the programming, but mostly the adverts.  You could/will be eaten by a bear/crushed by a piano tomorrow.  Is marketing really that important? Especially when you could be reading or creating something.
So, live Doctor Who then.  Me and the Him've watched The End of the World2, The Beast Below and The Rings of Akhaten together.  One of those is based on a far better story – take a bow, Polly the Glot - one gets its own footnote2 and one… is so obviously guilty of all charges that I’ve taken on the case for the defence (no win, no fee).8

3.  Okay, what should I say here?  In the last ten years I’ve written a full history of Doctor Who, from a previously unexplored angle, for the series’ Appreciation Society, I’ve-
No, this isn’t a damn CV.  I'll start again.
When me and the Him started this blog we were both fresh-faced and less cynical-9
Nope.  That's not going to work either.
The sun rose over the top of the hill next to the park and lit up the bedroom where I slept every so often.  I woke up, kept looking like Adric and flounced into school.  Not on a dinosaur.
Thousands of years later, the Him and myself shared an astounding afternoon watching The Ark in-
Spack this.
I can’t write a proper appreciation of the first decade of NuWho (that’s the correct scientification classification) for a couple of reasons.
1)  I’ve already done it: here.
2)  I’m not what you might think of as an actual ‘Doctor Who Fan’.10

4.  Sorta.  It’s a more elegant when being oratorical kind of thang.  Innit.

5.  Slamming into the charts and gushing out the doors: You and Who: Contact Has Been Made!

6.  This works on more levels than usual.  You’re welcome.

7.  This joke lovingly lifted from Groucho Marx a toilet wall.

10.  I've said it before, but I think the TV show called Doctor Who’s a fascinating piece of British culture.  This puts me at a slight remove from a lot of fandom.
The Wilderness Years don’t count; Big Finish don’t count; spin-off novels don’t count and, because I never get tired of reminding people, The Night of the Doctor definitely doesn't count.  I know fans think these things do, but they really don’t.  They never have, they never did and they never will.
Whilst Doctor Who the programme has earned its place as a part of the collective British cultural experience – it’s not a niche show (however wonderful and snuggly that niche might feel).  Doctor Who doesn't belong to the people who write about it or produce podcasts, blogs or fan fiction inspired by it.  Doctor Who belongs to the families that watch it for fun and then do something else.9
Having said that, the Doctor’s a different matter.  The Doctor belongs to everyone.  He's our youngest folk hero, and that makes him just as real as Robin Hood or Merlin or-
Ah, if I have to explain, then you’ll never understand.11

11.  Dear Russell T. Davies,
Shortly after I moved to the Arctic, someone I once lived with told me they’d seen The Lazarus Experiment being filmed on the steps of Cardiff’s wonderful museum.  I asked her to make sure that, if she ever got the chance, she’d give you a hug and say, “Thank you.”
And that’s – in lieu of a hug from one of the most wonderful people I’ve ever been lucky enough to meet - what this is.
Mr Davies, thank you.

The Me and the Him

Are You Afraid of the Dark? Commentingary 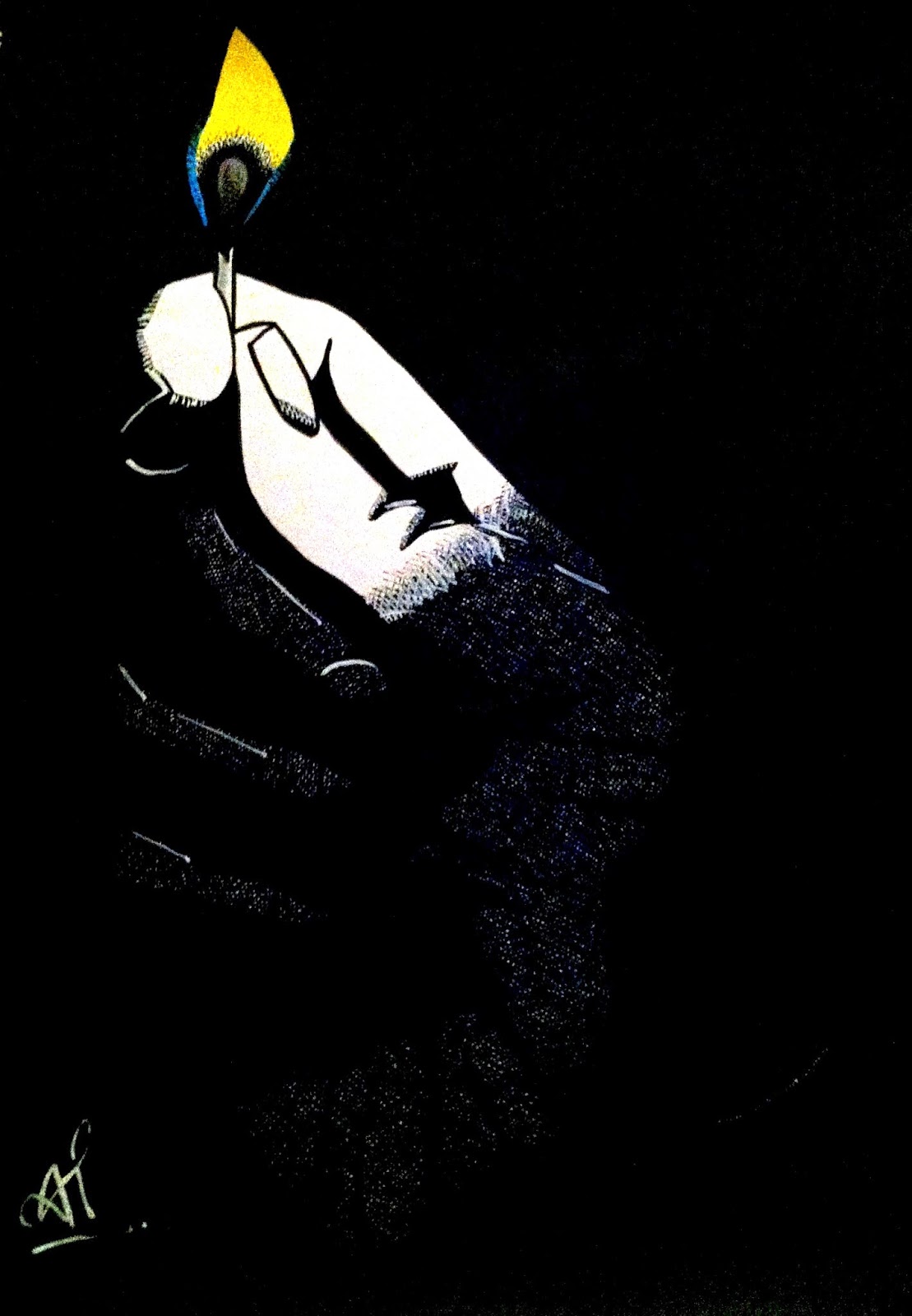 Everything is held together with stories.  That is all that is holding us together, stories and compassion.
- Barry Lopez

Me:  Shall we explain what this is then?

Him:  We explain what it is in the thing.

Me:  Yeah, but no-one’s going to be interested in the thing unless we tell everyone – well, both of them – what we’ve got that’s so interesting.  Or not.

Him:  But that can be their problem.

Me:  That’s one way of looking at it.

Me:  So, I’m going to have to write an introduction.1

Me:  I was hoping this would act as the intro.

Him:  Well, it kind of does.  It leaves things intriguing and mysterious without giving anything away.

Me:  There’s that.  How am I going to correct the factual inaccuracies though?

Him:  What factual inaccuracies?

Me:  Lady and gentleman, here’s a thing.  Splundig Vur Thrigg.

1.  This was fairly off the cuff, and although I’d ‘researched’ a particular episode of Are You Afraid of the Dark? (The Tale of the Sorcerer’s Apprentice2 to be exact) for a commentingary, we opted to try an improvised one instead.  I’m still getting to grips with the glorious new USB recorder so, even with a fair amount of cleaning up, the audio’s not quite up to The Pink Floyd’s exacting standards.

In other news, we’re still stuck in a tent of the north face of the Trout.  Hopefully the weather’ll clear up soon and we’ll get back to ascending.  After all, we’ve only got five recons left.  Unfortunately, they’re The Space Pirates episodes two to six.

Anyway, hope you enjoy this daft knockabout.  It might seem random but – as both of you know full well – this blog only appears to be about Doctor Who.

2.  You’ll already know why we almost went with that one…3

Email ThisBlogThis!Share to TwitterShare to FacebookShare to Pinterest
Labels: Apophenia, Are You Afraid of the Dark?, Audio, Commentingary, Nonsense, Oddcast, Podcast, Puzzles, Reboot

As you feared, there are indeed lumps of it round the back.  Cursing yourself for misplacing the curator's key, you clamber over the small fence and into the walled garden.

By now, the sky's almost dampened to a full black.  Flapping down like a stunned owl, the dark inexorably splashes ink puddles over the rough track that snakes across the lawn.  A stumble at this stage would be disastrous.

Then - from high behind you - the purring starts.1

Do you turn or run?