From There to Here and Back Again 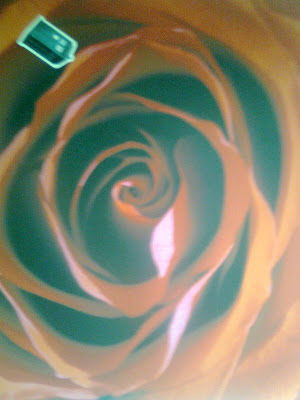 From There to Here and Back Again

When they are going on a long expedition, they carry no baggage with them.
- Marco Polo, Travels in the Land of Kubilai Khan

I thought we might disagree with what Marco Polo just said there1 and instead talk about The Ark in Space for a while.

As it’s a two-hander, I’m not going to be interrupting the flow of this blog with personal reflections like this very often.2  The following stands as a bit of an addendum to the HOWLaround page that no-one reads.

There’s a big difference between watching what’s now known as “Classic Series” Doctor Who when you’re a child and watching it as an adult with friends.  That’s a particularly dumb sentence, because everything in it’s so obvious.  When you’re an adult you’re bringing a different amount of experience and awareness to your viewing but, when you’re a child, THIS STUFF’S REAL!3

As bizarre as it sounds, my earliest confirmable memory is watching Tom Baker bang a ganglion to annoy a prawn.

The first book I actually remember reading was Doctor Who and the Loch Ness Monster.  This was back in the days when newsagents carried paperbacks.  I saw it, I think, on the Friday after school.  It took me three days to get through, and I probably missed some of the subtler nuances.

The next book - bought on Sunday with the papers - was Doctor Who and the Daleks (an exciting adventure, I'm sure you'll agree) and after that, I was hooked.

Chronologically, I'm not so sure what happened next. I do remember, however, my Dad buying me Horror of Fang Rock on a burning hot summer day that should have been my birthday.  Tom Baker clutching a thick chunk of rope, his cheek scarred with Rutan blood.  Or something.

I devoured the Target books when I was in school - largely because I knew I'd have seriously limited access to a television in a caravan.  Apart from that, I had a high metabolism and enjoyed eating paper.  There was a lot of it about.

I was also very, very much into the Doctor Who Weekly comic strips, especially ones drawn by Dave Gibbons or Steve Dillon.  This developing love of Doctor Who was mixed with a voracious, and largely indiscriminate, reading habit - the local library once phoned up my parents to find out exactly what I was doing with the books I was taking out in the morning and returning in the evening.4  As a result, my initial relationship with the world of Doctor Who was more from a written basis than a viewed one.

I managed to watch some of the actual stories I’d been reading about with the Five Faces of Doctor Who series of repeats.  I remember them as being a very strange experience now - black and white windows on the past that seemed to show different pictures to the ones I'd built in my head.  I became a bit defensive of both the show and my memories of it.

When the transmission schedule of Doctor Who was moved from a Saturday to during the week, I was able to watch Peter Davison fairly consistently.  I followed the series avidly until the Sixth Doctor arrived and the show felt harder to defend – especially with The Twin Dilemma.  With the Seventh Doctor, the series began feeling more like Grange Hill and defending it to myself, as well as others, seemed impossible.

I switched off, potentially for good, when Hale and Pace turned up.

Time moved on, like it does, and apart from rescuing copies of Shada and the superb Tom Baker Years from a WH Smiths dump-bin in the early 90’s, Doctor Who and myself drifted apart.  Growing up had got in the way a bit.

The excitement of Doctor Who coming back in 1996 - and it was about time, even if just for one day - was soured by how it came back.  I bought the video on the day of release - from a Woolworths, if I remember correctly - and watched it with friends.  It started promisingly, but almost as soon as the ‘Skaro’ caption had faded, I was left squirming with embarrassment until it was over.

And so, with a few UK Gold exceptions, that was me and the Doctor for the twentieth century.

When the BBC started issuing DVDs, I raised an eyebrow, but at the time couldn’t afford anything that would play them, so had to work on the basis that by the time I could, there’d be too many out to ever catch up.  Then, I uncovered a copy of The Ark in Space on dusty VHS in a charity shop and, without needing to think, bought it.

I watched it with the Him, and something a bit weird took place.  The whole first episode was unsettling - twenty-plus minutes of just the Doctor, Sarah Jane and Harry exploring a deserted space station with the tension building as nothing happens.  If you haven't watched it before now, then don't worry, that isn't a spoiler: it's a lie.  Anyway, after twenty-plus minutes of nothing happening comes the TWIST and then the DOUBLE-PUNCH CLIMAX of - a Wirrn emerging from a mop cupboard.  The Him was shocked rigid.  And somehow, it became terrifying again.

Later on, boring a friend, I described The Impossible Planet as "The Exorcist for kids."  The Ark in Space, however, was made of much more robust jabolite; The Ark in Space was something that Alien would rip off to terrify parents.5


After that I realised that if I was going to buy anything that wasn't food, it would have to be Tom Baker Doctor Who DVDs.

And then I picked up Earthshock.

And then The Caves of Androzani.

And you see where this is going.

The Him insists he watched an early Sunday morning UK Gold rerun of The Mutants by himself, but I don’t think that the dates line-up.  I’m pretty sure we both watched The Brain of Morbius, as that would make sense.  My evidence for this is that not only was I going through a bit of a Tom-Baker’s-the-greatest-thing-ever stage at that point – otherwise known as my twenties - but both stories contain an appearance by a Mutt, so the confusion makes sense.

Then there was the announcement that the series would return.  Having squirmed through something similar before, I wasn’t optimistic.  Although Christopher Eccleston’s a pretty good actor what’s this about the fools casting – who?  Billie Piper?  Oh no.  Oh no.

But it worked fine, didn’t it?  Yes, there were bumps and flaws that we’ll look at when get there, but overall it was back and it didn’t suck.  And after being out in the wilderness for all those years, it turned out we were right all along.

Since those heady days I’ve tried catching up properly with the history of the series, including all the bits I used to think were dull.  Sometimes I wondered if it was just politeness, but the Him’s quite a fan too - especially with the new series.  Along the way we’ve met Polly, Nyder and Sarah Jane, traipsed around the Kelvingrove Doctor Who exhibition (twice), watched a real-life flying Dalek and the Him’s even had an observation published in a proper printed book about Doctor Who.  As to what that observation was, you’ll have to wait until we get to the story in question.  It’s a blinder.

We rewatched The Aztecs recently and I was enthralled by the way John Lucarotti – with some David Whitaker alchemy no doubt – created an unravelling delight of a story.  I’ve opted to give the audio Marco Polo a proper re-listen for my own amusement as a result.

When I find that neither of us have made a comment for a while, because a television programme made nearly fifty years ago has managed to enrapture us into silence, I get a feeling that I can only describe as – and brace yourselves, because it’s about to get soppy - “joy”.  It’s very pure and it doesn’t last long, but it’s amazing.

Watching the series from the start is something the Him’s wanted to do for about two years now.  Yes, you read that right.  It’s something I want to have a shot at too, if just to help put all that information in chronological context.  Otherwise it’s a bit like having read fifty (or so) issues of Sandman, and lots and lots of reference books about it, but never the thing itself from start to end.

Terrance Dicks might disagree – as would a lot of people – that Doctor Who’s not one long story, but of course it is.  The new series made damn sure of that.

So, thanks for joining us on this expedition.  Hopefully you’ll hang around as we follow a story that’s been improvising itself into existence, unfolding forever into the endless corridor of the future where adventures and shadows and monsters and laughs and screams await.

1.  In a chapter entitled, ‘The Road to Cathay’, travel fans.

2.  Fair warning though, I will be doing it when we reach an entry where it’s pertinent to do so.

3.  It’s not, of course – children aren’t dumb.  I’ve tried to avoid saying anything that would sound like I’m plagiarising TARDIS Eruditorum, but some of what I’ve said here will echo it for two reasons.  One – Mr Phil’s right on this point.  Two – I’ve read what he wrote so I know I agree with it – it reinforces my bias nicely.    Here’s a link to one of my personal favourite posts.

5.  Sadly, directors get given scripts, so, Ridley Scott, whilst he might have influenced Doctor Who, probably wasn't influenced by it.6

Originally posted in a slightly different form just under a million years ago.
Posted by Al at 22:03