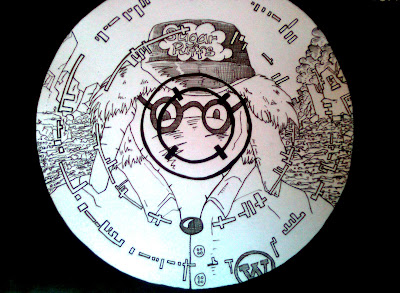 Everything happens for a reason; if you can’t find a reason for something, there’s a reason for that.
- Chris Levi
INTERMISSION: #dalekmoviedoublebill
This is a true story.  Only the facts have been changed.
- Someone else
Since we joined Twitter, the world’s become a much smaller place.  This is a good thing on the whole, although it does take a bit of time to get used to filtering out the relentless stream of information that seems to be a crenellated echo of Moore’s Law in action.  Once you can do that, it’s actually massively informative.  And friendly.1
Anyway, Blogtor Who tweeted a thing about there being a special showing of the two Van Helsing Aaru classics on Wednesday 13th June, in Glasgow’s The Flying Duck.  Oddly enough, The Flying Duck is one of the few places in Glasgow that I’ve been in2, so I actually knew where it was.  And, on that particular Wednesday3 I could probably manage to get up there – although the Him wouldn’t be able to.  It’d be difficult, but it could be done.  So, I done it.
Once upon a time, Glasgow had more cinemas than any other European city of comparable size.  For reasons I’m not going to go into right now, this isn’t the case any more.  There’s still the usual Big Chain car-park monstrosities you’d expect to find, but even these behemoths are more endangered than ever before as a result of the burgeoning black market for Multiplex ambergris.  For the proper cinephile there’s the Glasgow Film Theatre - which does sterling work being the Chapter of Glasgow – and, if you know where to look, some other hidden kinematographic delights can be found tucked away above sweetshops and ghost zoos.  All of this means that the picture underneath these words isn’t totally factually accurate.  Also, it doesn’t represent any of the thoughts I’ve caught myself having on the rare occasions I’ve had to enter Glasgow Central on a chuffing train, rather than a horse, not a one, nope, nix, nada, zip and zilch. 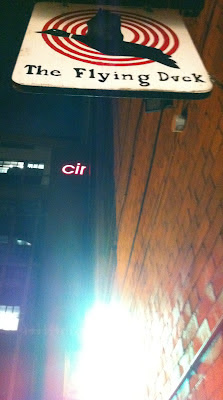 Everyone in The Flying Duck is beautiful.  We’re talking an eye-blisteringly, forget-your-surname, mouth-as-dry-as-Antarctica, palms-as-wet-as-Adric beauty.  This is an incontestable and absolute truth, with me being the only exception – or ‘Control’, if you prefer.  So, if you’re feeling less than heart-stopping you should surely head on down there.  The effect doesn’t work for me because I was the recipient of a gypsy curse when I was womb-based, but it’s nice to spend time with angels every now and again.


So, anyway, I arrive a bit early and find somewhere to sit and draw lizards.  The Tindersticks are playing, but then that was always going to happen with the way the rest of the day had gone up until that point.
I managed to get into a conversation before we, the audience, were called through to the, very dark, viewing area.  Striplights led the way to the couches and wooden chairs.
As you’ll no doubt be aware, it’s not that long since me and the Him watched these two films, so I was feeling slightly apprehensive that this was a bit overkilly.  But, it was free and it’s Doctor Who and it’s an event, so what the rel? 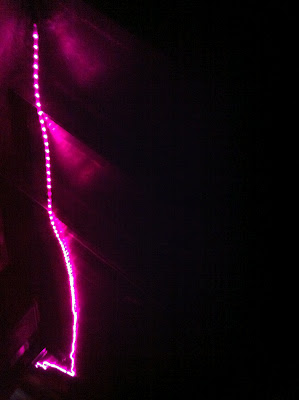 The films got a pretty good reaction.  It’s quite something seeing everyone (and Ian) up on the big screen, so close you can’t see the strings, oddly.  The Thals got a laugh, and it was nice to hear that appreciation of the Countdown Dalek’s stoic dedication to duty is shared by others.  The music works when it’s pumping at neighbour-baiting volume too.4
Of the two, Daleks’ - Invasion Earth 2150 A.D. is the better film, by at least twelve parsecs.  The whole thing’s taken much more seriously and is more successful as a result.  Although the bit where Suzie’s carefully written note is totally unnoticed got a lot more laughs than I reckon Mr Flemyng actually intended.  Philip Madoc steals the whole thing by seeming to be in a totally different film to the rest of the cast.  A much better one, it has to be said. 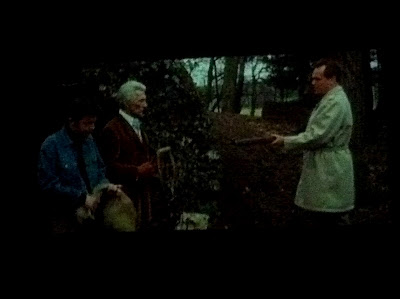 After the screenings I carried on the conversation from earlier, which was quite a treat.  Topics covered included:
The Sensorites – why?
Where does Doctor Who as a series actually begin?
Can motivation and justification create an active persona?
When did Susan have her glass ankles fitted?
Was the Mezzo-soprano Dalek the only one that required static electricity?
Season Seventeen or Sylvester McCoy?
and
More ambrosia?6 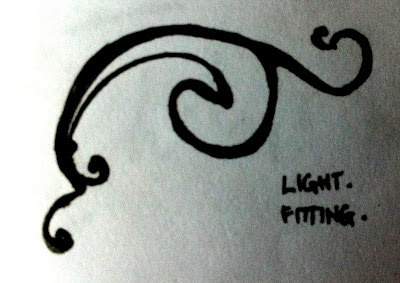 In conclusion then, I’d recommend the #dalekmoviedoublebill to anyone who fancies a chance to see these curiosities in something approaching the way they were intended to be experienced.
Y’know, if you’ve got a time machine.
Him:  Who’s Philip Madoc?
NEXT:  THE RETURN OF THE CYBERMEN 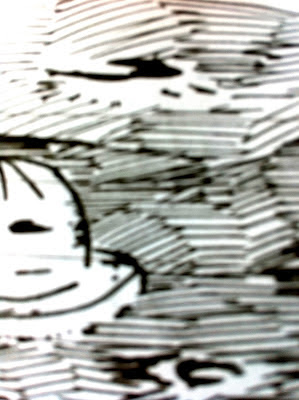 1.  By that, I mean we’re yet to hear any gruff grumblings from under the metaphorical planks of the allegorical bridge we’re symbolically crossing.  It’s still early days, I guess.
2.  There was a guest list involved.  And Jenga.  Also, lying about the Tindersticks, not dancing and finding an actual copy of The Mirror of Love on the bookshelf, which I, rudely, then tried reading.  The banter was good, the company fine and looking back now, I’d say it’s one of the very few places that I’ve had a consistent good time in.  You really should check it out.
3.  Why I Hate Wednesday.  It’s partly because it smells of mice, partly because it’s the only day that can clone itself and then use the newly-formed pink clone faces to chew hope up into tiny, bloodless chunks that melt when you’re trying to keep them alive, but mostly I hate Wednesday for the way it starts too early and won’t die, no matter how many times you cut the heads off.
4.  Of course, hearing it at that volume did kind of give me an idea what my funeral’s going to sound like.  Including the guffawing.5
5.  For those of you who’ve arrived late, I’d like the title music to Daleks’ Invasion Earth 2150 A.D. to be played.  Ta.
6.  I also like the way The Flying Duck serves Lamentation Ambrosia in Skull-Of-Your-Enemy shaped glasses. 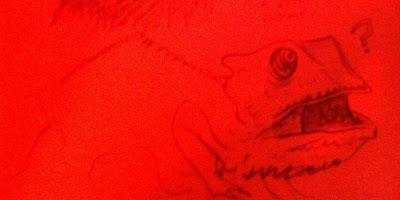 Email ThisBlogThis!Share to TwitterShare to FacebookShare to Pinterest
Labels: Daleks' - Invasion Earth 2150 A.D, Doctor Who, Dr. Who And The Daleks, Nonsense, Peter Cushing