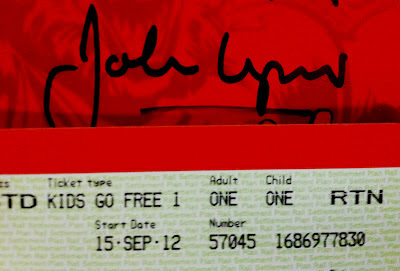 When Pat Mills first mentioned the idea of a sci-fi comic to me, I didn’t think it would work.
- John Wagner 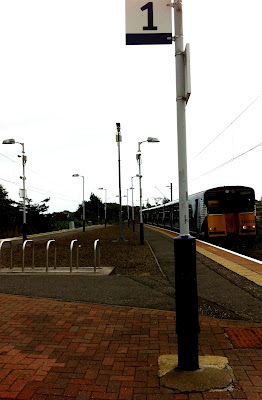 Me:  That was a bit different.
Him:  Yeah, it was.
Me:  You perked up a bit when you realised that John Wagner had written ‘The Iron Legion’.
Him:  I already knew he’d written ‘The Iron Legion’.
Me:  Good recovery.
Him:  I did know.  I know everything.
Me:  That’s going to make the next few years a lot of fun.
Him:  I know.  And easy.
Me:  So, we got to Plan B in plenty of time for the John Wagner signing- 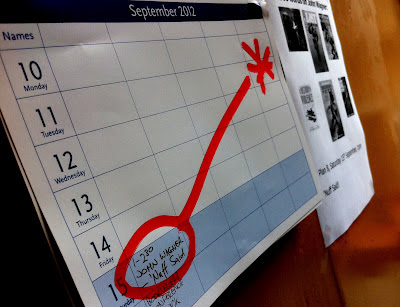 Him:  Uh huh.
Me:  And then had a look around.  There’s some gorgeous pieces of original artwork there – a glorious Ian Gibson Robo-Hunter wraparound cover for 2000AD, a Mark Buckingham M****lman Golden Age page and a stunning McMahon piece from the Slaine story Shoggey Beast (that’s not for sale) to name but three - and the atmosphere’s fantastic, really friendly.  You were quite taken with that warning sign by the stairs.
Him:  I’m not describing it.

Me:  Well, I didn’t get a photo of it, so I guess the readers’ll have to check out the shop themselves.
Him:  And buy things from it.
Me:  Oh yes, that goes without saying really.  I was quite amused by the fact that we’d tried to find somewhere inconspicuous to wait and failed on a rather grand scale.
Him:  What do you mean?
Me:  Well, you were sat down at the table that wasn’t covered with loads of books written by John Wagner, and I was hovering nearby with a coffee.
Him:  Oh yeah, and then John Wagner kicked me off the seat.
Me:  Well, he hardly kicked you – he was very polite.
Him:  He still took my seat.
Me:  It wasn’t actually your seat.  You were just keeping it warm for him.
Him:  Ha! 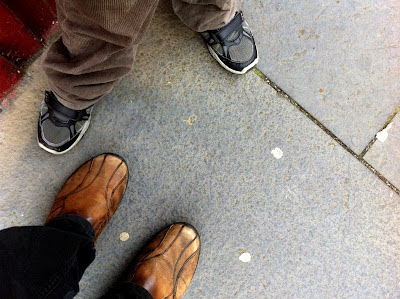 Me:  I was pretty embarrassed.
Him:  You didn’t know who he was.
Me:  Well, I guessed pretty quickly.
Him:  When?
Me:  The chap with all the pens asking where he should sit was a bit of a give-away.  Everyone was lovely, I thought.
Him:  It’s like a second home to you.
Me:  In fairness, that was only the third time I’d been there.
Him:  That day. 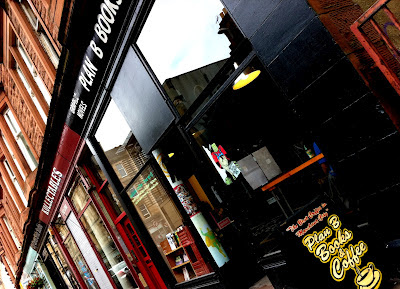 Me:  Harsh.  I’m not quite that nomadic.
Him:  Fine.  That hour.
Me:  Hmmmm.  You seemed a bit star-struck.  You’ll deny it now of course.
Him:  Who?  Who did?
Me:  Good job.  Right, that’s enough nonsense to fill in the spaces between the pictures.
Him:  It’s never enough nonsense.
Me:  Only ever just enough.  Right, Plan B’s fantastic and everyone should go there right now and buy up a copy of everything that isn’t Before Watchmen.
Him:  And the people who get there later can buy a copy of everything that is Before Watchmen.
Pause.


Me:  I can’t possibly support that opinion.  They’ll just have to hang around until the  new stock gets delivered.  The coffee’s very good there, so they could have some of that while they’re waiting.
Him:  What if they run out of coffee?
Me:  Then the world will end in fire.
Him:  Will the sun end in fire?
Me:  The sun’s kind of got an ongoing deal with fire.
Him:  Is it true that people live in the sun? And that it’s metal on the inside?
Long pause.
Me:  Yes, yes it is. 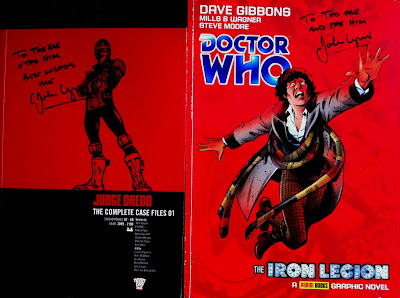 NEXT:  THE TOMB OF THE CYBERMEN
(for real)