The one recurring dream I have - once or twice a year it comes to me - is that I'm driving a car very quickly and the windscreen is a bit murky.  The sun comes onto it and it becomes totally opaque.  I'm still hurtling forwards at incredible speed and there's nothing I can see or do and I can't stop the car.
That's my recurring nightmare and it's very simply solved by psychologists who say you're heading for your future.
You don't know what your future is.
- Terry Nation 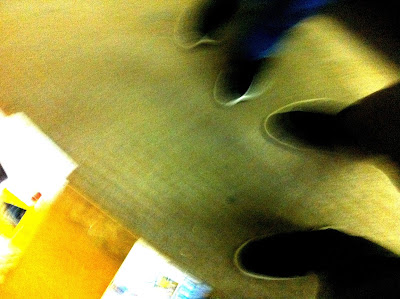 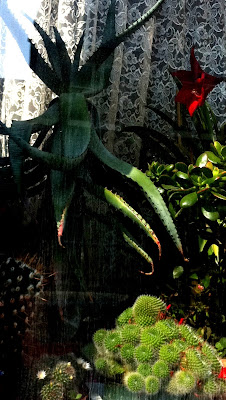 Me:  So then, this year's Holiday Special...

Me:  And what's it about this year?

Me:  Our annual infiltration of the Colony, disguised as tourists.  Do you see what I did there?

Me:  Does that mean you did?

Me:  Superb.  You're a lovely imaginary creature, you know.

Me:  Affirmative.  So, what are we pretending that we're talking about today then?

Him:  Our visit to the Colony?

Me:  Well, we really did go to the Colony, so that can't be fictional.  Or allegorical.  Or whatever.  I meant,  how do we propose to pretend that this is actually about - or related to - Doctor Who?

Me:  Sean Pertwee's father would be spitting feathers.

Him:  Eh?  Can you find a way to get to the actual Annual?

Me:  So, for the faithful reader at home, how did we find this wonderful piece of Whomobilia?

Me:  Have you forgotten how to do this?

Him:  I've forgotten where we got it.

Me:  It was in the Village Bookshop.

The Him stares at me like I've been dosing his milk with the sort of thing that makes you see phantom pipers.  Obviously we've taken a bit too long off... 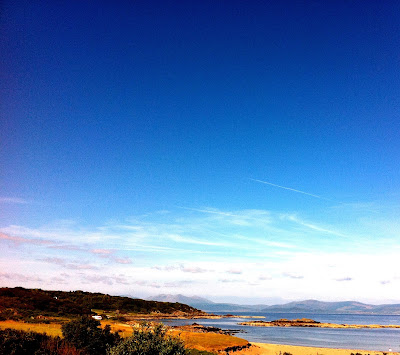 THE HOUSE THAT JACK BUILT*

Me:  I was at a car boot sale in a different country back when this localised heatwave started-

Him:  I have absolutely no idea what you're talking about.

Me:  So, we're nearly back to normal then?

Me:  And at this car boot sale there was a chap selling antiques.  He had the usual antiquey stuff, y'know?  Clocks, weird mantelpiece ornaments, mummified heads of disgraced kings-

Me:  You know me too well.  Yup, all that and the like.  He also had a couple of Doctor Who Annuals-

Him:  On top of the weird mantelpiece ornaments?

Me:  Next to them, really.  Nice bloke, but the prices seemed a bit steep.  After all, most of them are on the DVDs as PDFs now.  And it's really just a burst of nostalgia you're after if you're not a proper collector.  Basically, I'm not paying anything more than a fiver for-

Me:  Thanks.  I fell asleep for a moment there.  That happened to me when I was talking to someone recently. 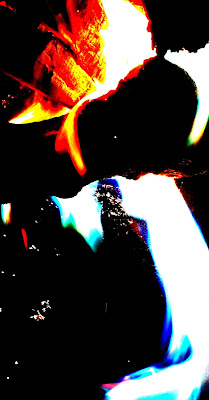 Him: It's been quite hot.

Him:  That should be 'The Private Eye'. 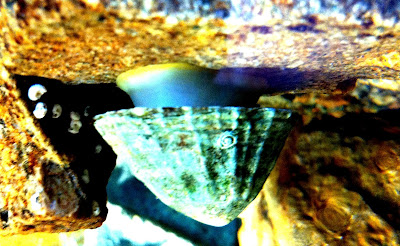 Me:  And no-one can hear you scream.  Which makes me wonder how you heard it's cold. 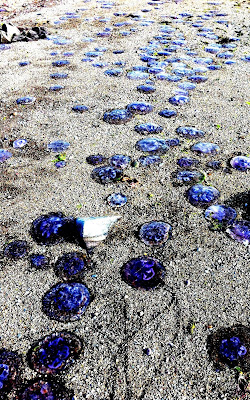 Revenge of the PHANTOMS*

Him:  Plenty of jellyfish.  More jellyfish than sand.

Me:  They make a marvellous building material when dried and mixed with Weetabix.1

Him:  Can't you just say "with Shredded Wheat"? 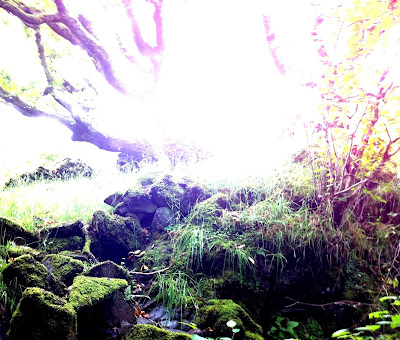 Not just an EMPTY SPACE*

Him:  We sawed a pheasant.  Well, three actually.

Me:  And got run out of town, potentially marking the end of my magickal career.

Him:  You've spelt it wrong.

Me:  The 'k' is silent.  And you spelt 'spelled' wrong.  Magick's all about how you spell.1 2  Coincidentally, I picked up Colin Wilson's I-Spy The Occult book from the Village Bookstore on the same shopping trip that netted the Annual we aren't talking about.  Saves me avoiding eye contact with librarians. 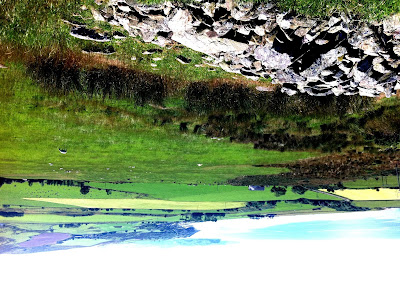 EARTH OF THE FUTURE*

Me:  Do you want to talk about the Annual?

Me:  No-one's going to believe that you speak like that.  I can't even annotate convincing dialogue.

The Him makes the noise of an underwater electric shock slowed down 1000%.2 You'll have to imagine.1 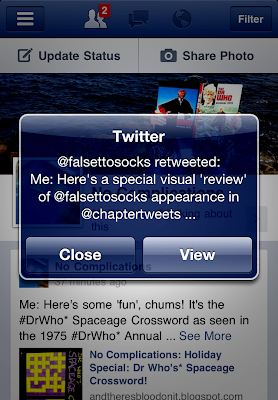 Me:  Yet, we still watched the BBC's Dara O'Brien's Science's Club.

Me:  Breaking the trend for a moment - the factual sections of the Annual are refreshingly complex.  Nowadays they'd be hugely off-message because they actual expected the reader to have something approaching a general knowledge, and didn't just steamroller hastily thrown together rot.  Okay, that's a bit harsh, but I'm reaching the age where I'm allowed to be irascible.  And I'm getting fed up of being told what to think and how to feel by the same group of chums over and over again while an otherwise mostly benevolent and wonderful institution attempts to relentlessly milk me.  Did you know that cows vomit up their attack stomach in order to digest live prey?

Him:  Who said you could be irresistible?  And that's starfish.

Me:  The Marketing Dalek makes me feel valued and special.  Is it?

Me:  I went before we left. 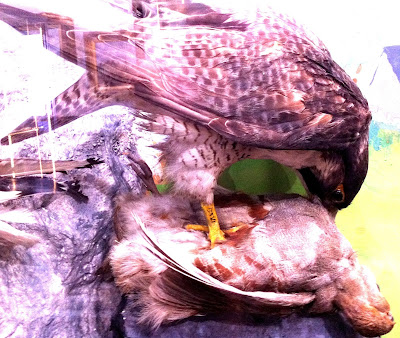 Him: Where's my watch? 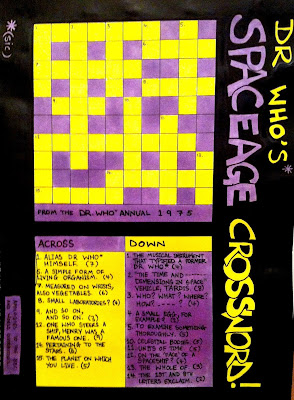 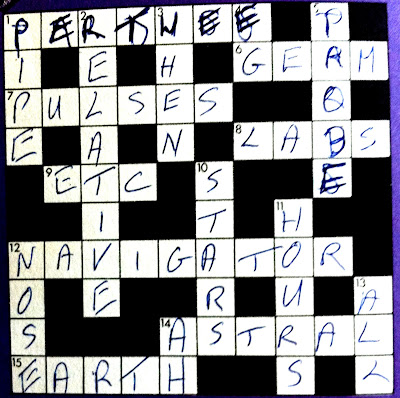 Me:  But possibly not the ones you wanted to hear. 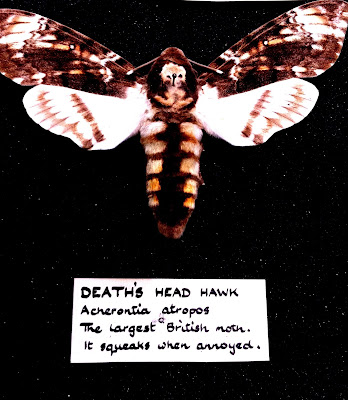 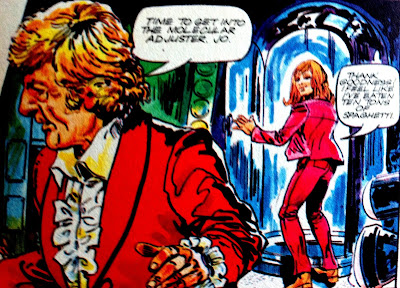 Me: In which Jo screams herself thin.

Me:  Indeed.  Hang on, that came from the tweet we... twutted from the top of the big hill.  When the unnameable spawn of the Great Old Ones were sucking our blood and you thought your trousers were going to fall down.

Him:  I saw thunder.

secret of the moon rocks*

Me:  Turns out they're made of jellyfish and breakfast cereal. 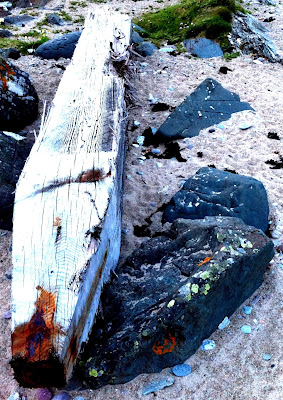 Me:  It's hard to tell but that's actually a stake left over from the First Great Time War.  The one with the Huge Vampires.

Him:  was that not from the Giant Cows?

Me:  The Huge Vampire Cows?

Me:  The ones that were burrowed under the fields next to the beach and came out at night to exsanguinate the unwary.

Him:  When was that?

Me:  Well, as a rule, night comes when the day clocks off.  I'm pretty sure Pixar did a short film that explained the difference.2

Me:  Well, what does it involve?

Me:  Which brings us back to my earlier point.  Rather than asking whether a Sontaran is fartier than a Slitheen, which was a genuine New Series Annual article1 - this ancient book has brainteasers that weren't approved by a brand manager first. 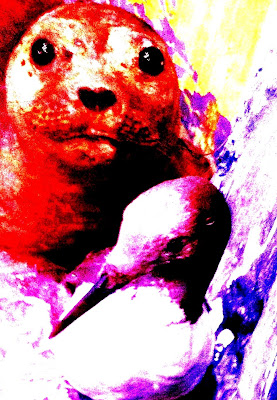 Me:  You came down with a recognised medical complaint during the hols.  Possibly as a result of all the blood donation.

Me:  Nah, that was NHS Direct.  'Foul bowel' is a common affliction in one half of any tent-sharing duo.  It's sometimes known as 'Hell smell' and basically crops up in every Lovecraft story about amateur historians unearthing the past.  Still, you're better now.  I'll walk with a squint for the next month, however. 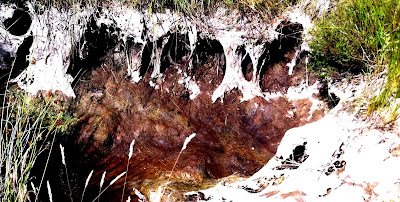 Me:  I only eat breakfast when we're on holiday.

Him:  You had breakfast this morning.

Me:  I'm still on holiday.  And I'm not sure that coffee really counts.  I've been confused ever since curry lost its status as a food group. 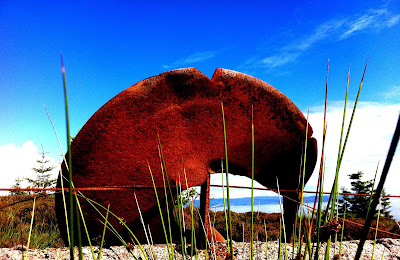 Him:  "In the future, people will breathe ytterbium and have three heads."

Me:  Yeah, Channel 5's weather forecast was a bit unreliable.

Him:  "Anything but flamingoes!"

Me:  In fairness, they got that one right.

Me:  The Village Museum was a bit sparse this time.

Him:  I would've described it as empty.

Me:  It does take a certain cheek to shoot a seal in the face, stuff it, and then display it with a huge bird-eating grin.

Me:  I do.  There's a tobacconists in Cardiff that did a similar thing to a bear that came swimming up the Taff in 1906.2

Him:  Never heard of it. 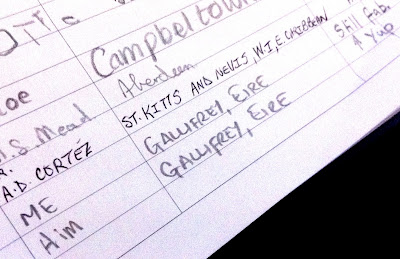 Me:  So, do you want to say anything about the rumblings from the BBC Canteen?

Me:  Interesting policy.  Seems to apply to all sorts of things today.3 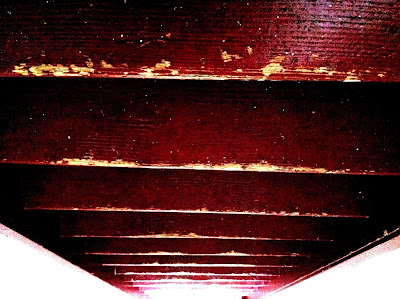 Me:  Best not attempted in socks. 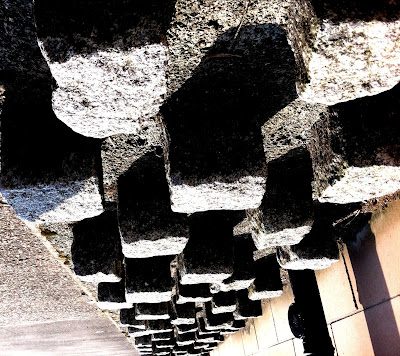 Next:  The Ascent continues...
Finally.2

4. Lovingly stolen from Ben Elton's act from the time before he started writing operas about Queen.2