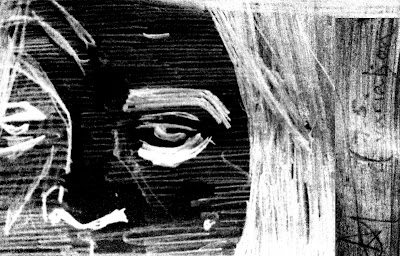 In the pieces No Complications: The Curse of Fatal Death and History Can Be Rewritten (both published on 4th November 2013) it was stated that the Twelfth incarnation of the Doctor as played by Hugh Grant was the final one.  This is incorrect.  A Time Lord can regenerate twelve times, which means that this Twelfth regeneration is only the penultimate one.1

The Hugh Grant Doctor’s regeneration cycle has been damaged by the Zektronik beam and so he can’t regenerate.  I was skipping through the Doctors, cutting chunks of text and so that isn’t clear in either No Complications: The Curse of Fatal Death or History Can Be Rewritten.  It’s a sleight-of-hand to distract the audience from the fact that Steven Moffat has addressed the regeneration limit without needing to address the regeneration limit and I should’ve made that much more obvious than I did (even if you’re sure you’ve got the right answer, always show the working out).

The other incarnations have been gone through so fast that the aim is to make the viewer lose count (also, the original limit isn’t reinforced – the Master only says that the Doctor has “many, many more lives”).  In a Comic Relief short, there simply wasn’t the time to go through the whole rulebook – but Moffat’s made it clear to the fans that he’s watched The Deadly Assassin, so it’s not a miscount on his part - and he bangs home the point that this is it by having the Master and the Daleks renounce their evil ways to honour their fallen foe.  By making it seemingly impossible for the Hugh Grant Doctor to regenerate in The Curse of Fatal Death, Moffat is able to invoke and solve the problems of ‘the Final Doctor’ and the regeneration limit.  The Twelfth Doctor becomes the Final Doctor.

The Universe (possibly) then intervenes and forces the regeneration, allowing Moffat to eat his cake, have it and then eat it again.  With one fell swoop he manages to make the Doctor a woman, offer an explanation for why the Doctor will just keep regenerating even though he’s used up all his goes4 and wrap up the series with a resolution that’s also a cliffhanger by having the Doctor and the Master walk off into the sunset together.5

1.  The Master has a note excusing him from any discussion regarding regeneration limits.3

2.  Not that one.
3.  The Valeyard is on gardening leave until sometime after the 23rd November 2013 at the earliest.

4.  I’m certain that the explanation coming up in the twenty-first century will be more of a full-system reboot than this, hence the introduction of John Hurt and Peter Capaldi.  We might not know for sure what order they come in, but there are now definitely thirteen canonical Doctors.3

5.  And seeing as I cut this from both of yesterday’s pieces, I think it’s worth mentioning that I reckon this is a deliberate echo of the original ending for The Trial of a Time Lord, where the Doctor and the Valeyard go spiralling off into eternity – another cliffhanger you’ll note.3
Posted by Al at 13:22

Email ThisBlogThis!Share to TwitterShare to FacebookShare to Pinterest
Labels: Doctor Who, Nonsense, Seven-and-a-Halfth Doctor, The Curse of Fatal Death