#Whoniversary - The Night of the Doctor 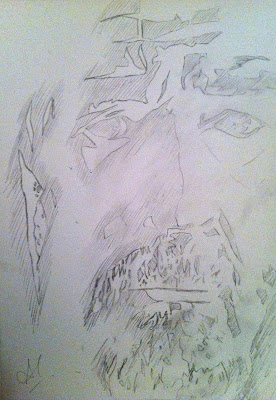 There are only three principles of warfare: audacity, audacity and AUDACITY.
- General George S. Patton


Me:  Well, what did you think of that then?

Me:  The prelude prologue for The Day of the Doctor.

Me:  Pleased to see McGann get a last hurrah?

Me:  Did you recognise any of the companions he named?

Me:  Aha!  They are.  Which leads me to a quick footnote.

Him:  Am I the link to the footnote?1

Me:  Mostly because I wanted your thoughts rather than mine.

Him:  Right.  What are your thoughts?

Fandom gasped with delight at their surprise gift – it’s the Sisterhood!  Not to mention the nods towards Big Finish and the birthday present to Paul McGann.  Lovely.  And cunning.

None of it matters.  It doesn’t count.

What we actually got was a piece of Occam’s Razor mixed up in fanfic.  This isn’t anything other than yet another piece of promotional VAM, thrown out to make the fans, keepers of the sacred flame one and all, purr and dance.  It’s a present, yeah, but let’s look at its teeth for a moment.

Seeing as this isn’t part of the actual story as far a real world audience is concerned we’re presented with a video ‘Scene That Must Have Occurred’ similar to those found on the Photoplasty sections of Cracked, or the web-series that complimented the Battlestar Galactica reboots.

You see, what really happened there – under all the icing – was Moffat making a hell of a lot of the Big Finish catalogue2 part of his back-story.  He took ownership of it.  And why not? If you’re tying up loose ends, why not take the credit for doing so?

It was nice seeing Clare Higgins again – I’d watched Hellraiser and Brain of Morbius fairly recently, totally by accident.  Not so sure about Cass.3  Coming back to Clare Higgins for a moment – has there been a shift in acting styles when I’ve not been looking?  Or are actors being directed to play the lines as written?  Moffat’s dialogue is at its best when underplayed.  McGann fielded some clunkers beautifully.

2.  Not the TV Movie though.  Or the classical Modern Prometheus…

3.  I’ve read one comment that suggests that the Seven-and-a-Halfth Doctor was killed proving a racist wrong.